PVC is replacing traditional building materials such as wood, metal, concrete and clay in many applications.
Versatility, cost effectiveness and an excellent record of use mean it is the most important polymer for the construction sector, which accounted for 60 per cent of European PVC production in 2006.

Polyvinyl chloride, PVC, is one of the most popular plastics used in building and construction. It is used in drinking water and waste water pipes, window frames, flooring and roofing foils, wall coverings, cables and many other applications as it provides a modern alternative to traditional materials such as wood, metal, rubber and glass. These products are often lighter , less expensive and offer many performance advantages. Strong and lightweight
PVC’s abrasion resistance, light weight, good mechanical strength and toughness are key technical advantages for its use in building and construction applications.

Easy to install
PVC can be cut, shaped, welded and joined easily in a variety of styles. Its light weight reduces manual handling difficulties.

Durable
PVC is resistant to weathering, chemical rotting, corrosion, shock and abrasion. It is therefore the preferred choice for many different long-life and outdoor products. In fact, medium and long-term applications account for some 85 per cent of PVC production in the building and construction sector.

For example, it is estimated that more than 75 per cent of PVC pipes will have a lifetime in excess of 40 years with potential in-service lives of up to 100 years. In other applications such as window profiles and cable insulation, studies indicate that over 60 per cent of them will also have working lives of over 40 years.

Cost-effective
PVC has been a popular material for construction applications for decades due to its physical and technical properties which provide excellent cost-performance advantages. As a material it is very competitive in terms of price, this value is also enhanced by the properties such as its durability, lifespan and low maintenance.

Safe material
PVC is non-toxic. It is a safe material and a socially valuable resource that has been used for more than half a century. It is also the world’s

most researched and thoroughly tested plastic. It meets all international standards for safety and health for both the products and applications for which it is used.

The study ‘A discussion of some of the scientific issues concerning the use of PVC’ (1) by the Commonwealth Scientific and Industrial Research Organisation (CSIRO) in Australia concluded in 2000 that PVC in its building and construction applications has no more effect on the environment that its alternatives.

Substitution of PVC by other materials on environmental grounds with no additional research or proven technical benefits will also result in higher costs. For example, as part of a housing renovation project at Bielefeld in Germany , it has been estimated that the replacement of PVC by other materials would lead to a cost increase of approximately 2,250 euro for an average sized apartment.

Restrictions on PVC use in construction applications would not only have negative economic consequences but also have wider social impacts, such as in the availability of affordable housing.

Fire resistant
Like all other organic materials used in buildings, including other plastics, wood, textiles etc., PVC products will burn when exposed to a fire. PVC products however are self-extinguishing, i.e. if the ignition source is withdrawn they will stop burning. Because of its high chlorine content PVC products have fire safety characteristics, which are quite favourable as. they are difficult to ignite, heat production is comparatively low and they tend to char rather than generate flaming droplets.

But if there is a bigger fire in a building, PVC products will burn and will emit toxic substances like all other organic products.
The most important toxicant emitted during fires is carbon monoxide (CO), which is responsible for 90 to 95 % of deaths from fires. CO is a sneaky killer, since we cannot smell it and most people die in fires while sleeping. And of course CO is emitted by all organic materials, be it wood, textile or plastics.

PVC as well as some other materials also emits acids. These emissions can be smelled and are irritating, making people try to run away from the fire. A specific acid, hydrochloric acid (HCL), is connected with burning PVC . To the best of our knowledge, no fire victim has ever been proven scientifically to have suffered HCl poisoning.

Some years ago no big fire was discussed without dioxins playing a major role both in communication and measuring programmes. Today we know that dioxins emitted in fires do not have an impact on people following the results of several studies on fire exposed people: The dioxin levels measured were never elevated against background levels. This very important fact has been recognised by official reports and we know that many other carcinogens are emitted in all fires, such as polycyclic aromatic hydrocarbons (PAH) and fine particles, which present a much higher hazard than dioxins.

So there are very good reasons to use PVC products in buildings, since they perform well technically, have good environmental and very good economic properties, and compare well with other materials in terms of fire safety. 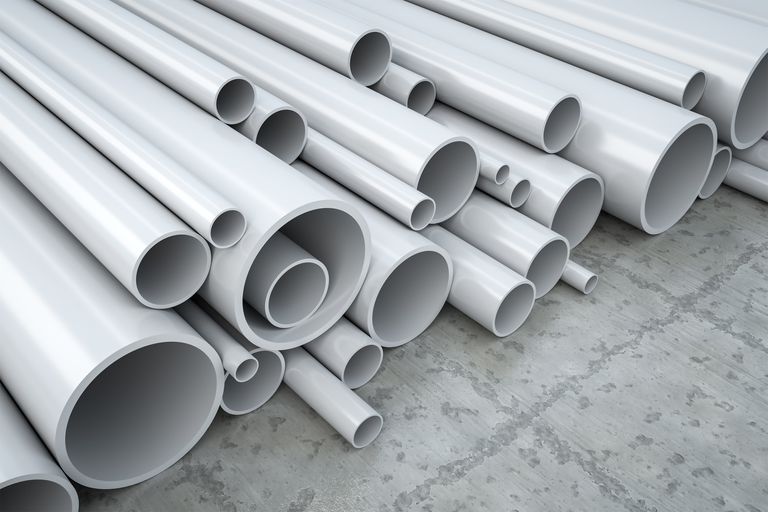 Good insulator
PVC does not conduct electricity and is therefore an excellent material to use for electrical applications such as insulation sheathing for cables.

Versatile
The physical properties of PVC allow designers a high degree of freedom when designing new products and developing solutions where PVC acts as a replacement or refurbishment material.